I really enjoy standing near our hives and watching what is going on at the hive entrances. It is a good way to get an idea about the fortunes of a colony. I have noticed lots of wasps around over the last couple of weeks and I was pleased to see that the bees were quick to dispatch a couple that were trying their luck to try and get into a hive. I’m relieved that we made the decision to combine some colonies earlier in the season, which means that the colonies that we have now are large and can easily defend themselves.

I also noticed that many of the bees were arriving with lots of bright orange pollen – they carry it in pollen baskets on their back legs – I believe that they are collecting it from Asters. I must replace the plants that died in our garden as it is obviously a favourite at the moment. 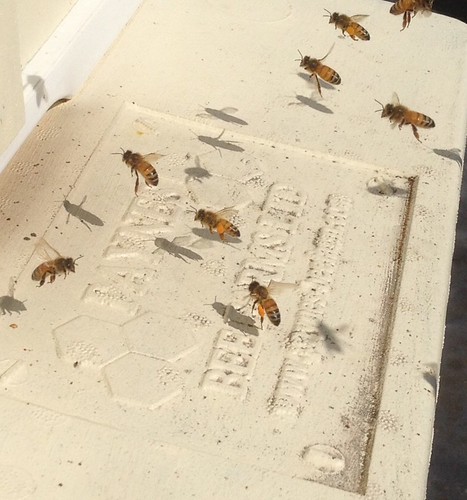 There are plenty of sedum plants in our neighbourhood – another late summer bee favourite. You can see in the picture below that the bees are willing them to flower more quickly! 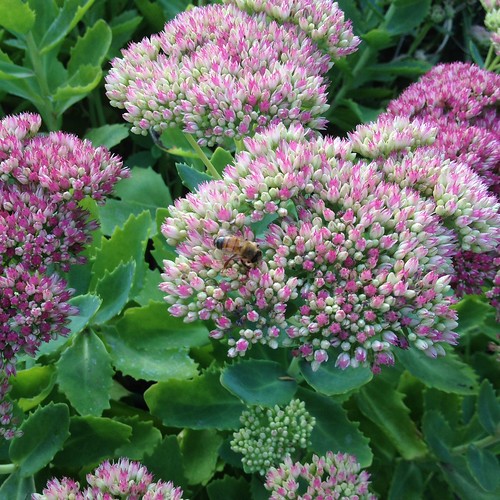