At the beginning of May I split some of our colonies in an attempt to stop them from swarming. I had limited success – some of the splits decided to swarm anyway. We collected the swarms… this meant that we ended up with rather a lot of boxes of bees on our roof. Small colonies are generally weak colonies. Strong colonies are able to defend their hive from robbing bees and wasps, are less likely to be wiped out by disease and also collect more nectar to make honey.

This week I decided it was time to recombine some of these colonies. This always causes a bit of chaos as it takes a little while for all the bees to find their new homes, but it is worth the fiddling around in the end.

So, now we have 3 strong colonies. I’ve noticed that the wild blackberries are just starting to flower and that there are buds on the Lime trees, so with luck the bees should be able to take advantage of the flow of nectar. 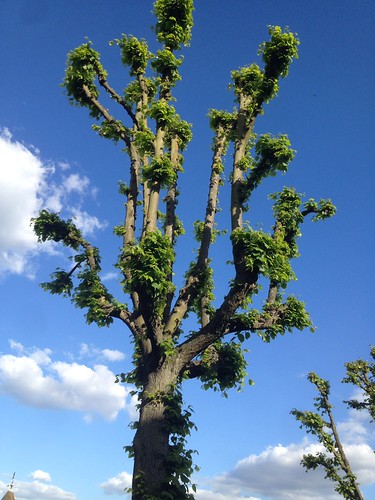 Sadly the lime tree avenue close to our hives was pollarded over the winter, so there won’t be any honey from them this year. 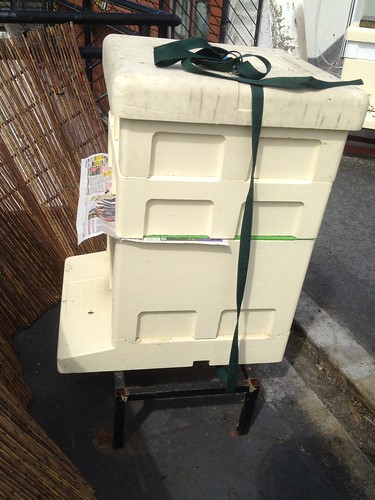 When we combine two colonies we separate them with a sheet of newspaper. It takes them a day or two to nibble through it and the theory is that by then they are used to each others smells and won’t try and evict each other.