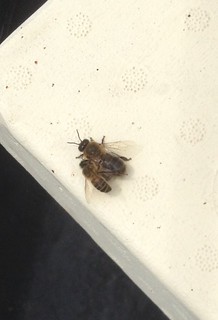 The smaller workers were frog marching their brothers out of the hive and viciously attacked them if they tried to return. At this time of the year the drones are evicted – the colony has no use for them over the colder months, they would just be extra mouths to feed.